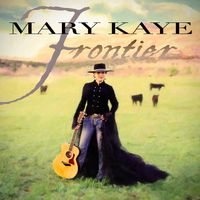 From the recording Frontier

When my son, Clark, was deployed to Iraq with the Army Reserve, I penned this song to tell his story and to honor the many kids from small town America who make the tremendous sacrifice to serve their country. I was also wanted to write a song about a soldier who comes home safely.

He made his decision in the cab of a swather in the summer of his 18th year. He didn’t know how he’d tell his mother and his father but something in this soul made his choice clear. The rumble of the diesel engine and the hay cut in rows, for 18 years, life out here, is the only life he’s known...he’ll be a soldier from a small town, he’s never even flown on a plane. What he feels is afraid, we’ll just call it brave. He don’t know what lies ahead, but he knows whats left behind. For God and country, he’ll lay it on the line, cause there’s a whole town counting on him, till their small town soldier, comes home again. He came home from basic and his mama was crying, he wore his uniform in the county parade. He saved every dollar for a store bought diamond for the gal he’d loved since 7th grade. She cried on his shoulder when he said he had to go, he held her close and whispered, babe, I promise I’ll come home. Soldier life is more than just the fight, it’s the ache in your heart that you get, when you’re facing each day, so darn far away, making choices you don’t ever want to regret. Don’t figure he fights from a heart full of hate, he lays it down for just one town a thousand miles away.